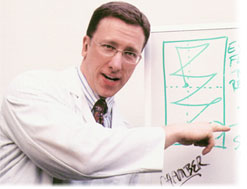 Most people determine their career path in high school or college, but Drew Eric Whitman — a.k.a. “Dr. Direct!”— couldn’t wait to get started. He began creating advertising at age 11 by writing and designing direct-response catalogs of jokes, gags and novelties. Complete with product illustrations, order forms and postage charts, he distributed them to his 5th grade classmates by the armful and collected cash orders in equal abundance. Although his teachers did not encourage Drew’s entrepreneurial spirit (They would have preferred that he had done his homework rather than sold whoopee cushions.), it marked the beginning of an exciting career in the wacky and wonderful world of creative writing and advertising.

Many years later… after extensive experience in face-to-face selling of everything from printing to clothing, jewelry to real estate… a degree in Advertising from Temple University started the ball rolling. Today, Drew is an outspoken, humorous and philosophical advertising trainer and writer.

Drew created powerfully effective advertising for companies ranging from small retail shops to giant multi-million dollar corporations. His work has been used by many of the largest and most successful companies and organizations in the United States including: American Automobile Association, Advertising Specialty Institute, American Legion, Amoco, Faber-Castell, Texaco, Day-Timers and many others. In addition, he worked for the direct-response division of Weightman Advertising, the largest ad-agency in Philadelphia. He was also Senior Direct-Response Copywriter for Union Fidelity Life Insurance Corporation, one of the largest direct-to-the-consumer insurance companies in the world. As Associate Copy Chief for catalog-giant Day-Timers, his work was read by millions of customers and prospects worldwide. 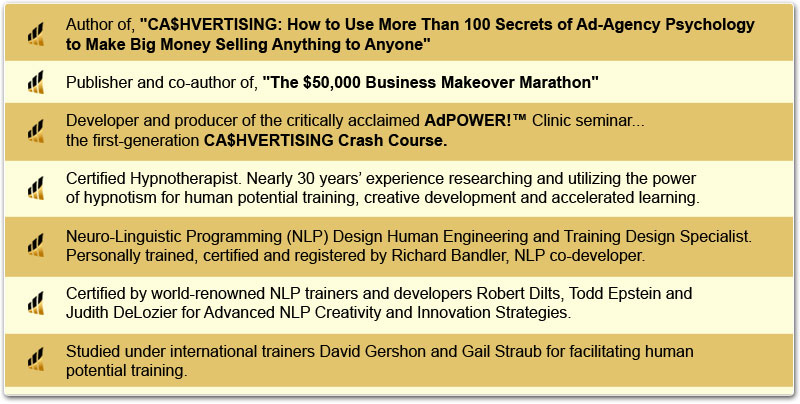