Nothing’s better than doing what you love… and discovering that so many others love and appreciate what you do! (Talk about a win-win, right?!) 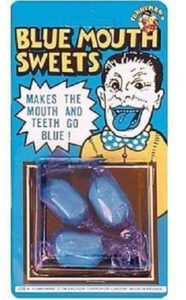 Fact is, I’ve been writing advertising since I was a little kid. 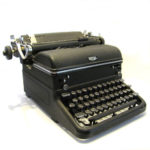 pictures with thick rubber cement with its big gloppy, dripping brush!), never did I know that one day I’d be touring the world giving seminars on the topic of advertising and sales.

Heck, I was simply doing what I loved… and still do!

When I first wrote Cashvertising, I didn’t know it would be so wonderfully received all around the world. I’m thrilled that it’s helpful to so many people! That, indeed,
was my goal.

Translated into 9 languages and distributed internationally, I get emails from the nicest people who have found the book in the most interesting places.

I received an email from someone who bought it at a train station in China. Another in a bookstore in Berlin. One reader took a photo of it in front of the worlds tallest building, the Burj Khalifa in Dubai. Another in Fiji. India… Australia… Japan… it’s really a thrill.

And I’m also blessed that so many have found it valuable enough to review it on YouTube… completely unsolicited! What great and generous people!

Here’s one from Doug Crowe of AuthorYourBrand. (Click image below to play.) Thanks so much, Doug! 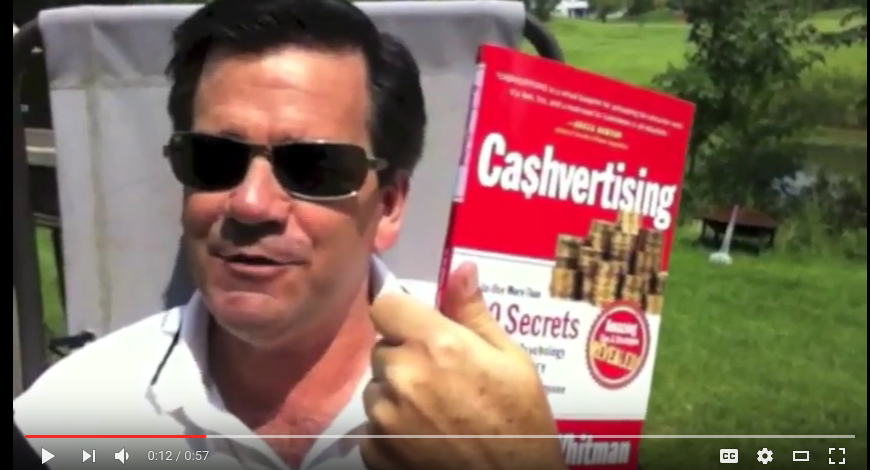 And here’s a fine review from Rich Gerald of RIchGerald.com. Thanks, Rich! 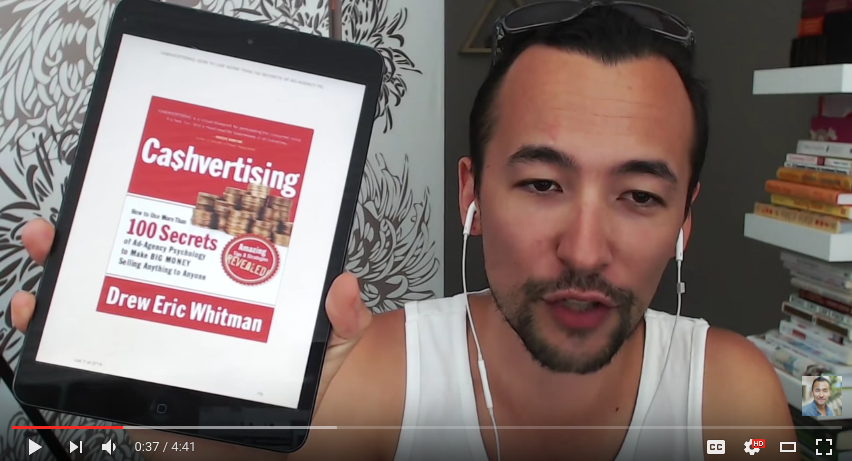 And this great one from entrepreneur Katie Patton. Thanks, Katie!

Are YOU now doing what you truly love? Would you still do it even it you didn’t need the money? (Ahhh… now that’s the big question.)

GOAL people are typically high achievers who set targets and work tenaciously to reach them. Because of this, they often become wonderfully successful.

RIVER people, by contrast, are those who — typically early on in life — discover an innate love of a topic or activity that naturally propels them to continually want to be their best and, because of this, they often become very successful in doing so. To these people, the activity can be more important than the success they achieve.

Unfortunately for GOAL people, if and when they exhaust their goals, they can — as a result — become bored, unhappy and even depressed. “What do I do now?!” By contrast, the RIVER people’s interest never seems to fade. It’s a natural part of them.

Writing advertising (and, subsequently teaching it) is a river of interest that I discovered when I was only 11 years old. It has stuck to me — like that gloppy rubber cement — ever since.

Which kind of person are you?

Is there a RIVER of interest that’s in you, but you haven’t yet discovered?

Or — perhaps more sadly still — a RIVER of interest that you’re fully aware of, but haven’t had the courage to explore… flourish… and/or test in the market?

One of the most poignant quotes I ever heard on this topic is this one. (Best to read it sitting down)…

Whew… if that doesn’t kick you in the ass, I don’t what will.

So, thanks to YOU for supporting my river of interest by allowing me to support you and what you love doing.